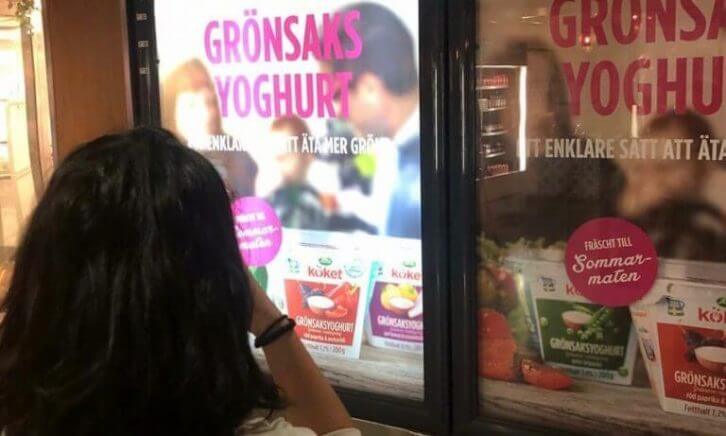 Students from IEGS helped researchers to identify food advertisements in neighborhoods in Stockholm as citizen scientists. All advertisements in two areas of Stockholm (Skärholmen and Östermalm) were captured by the use of the BigO mobile phone technology. The data collection was done together with students and teachers from Internationella Engelska Gymnasieskolan Södermalm (IEGS). Petter Fagerberg, who is doing his Ph.D. work in the context of the BigO project explains his work that is now published in a highly ranked scientific journal. This is the first scientific paper that is based on data collected in a citizen scientist project at a participating @school.

“My name is Petter Fagerberg. I am a Ph.D. candidate in Karolinska Institute (KI) – one of the Swedish collaborating partners in BigO. Part of my Ph.D. project is working on the BigO project. I had the opportunity to document all advertisements in two areas of Stockholm (Skärholmen and Östermalm). The data collection was part of a citizen science project at the Internationella Engelska Gymnasieskolan Södermalm (IEGS), which is one of the collaborating high-schools in the BigO project. For this, we used the newly developed mobile phone technology by the project.  See also one of our previous news items for more information on the citizen science project. 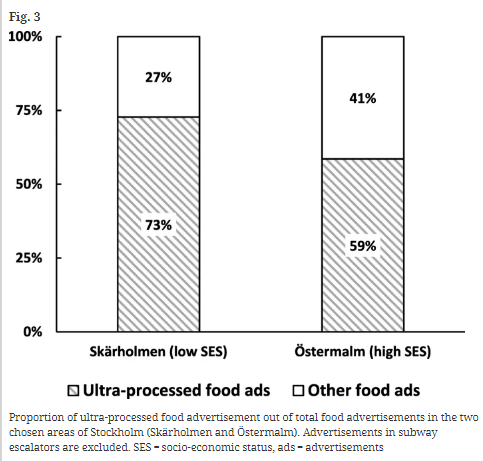 Graph illustrating the contribution of advertisements on ultra-processed foods in two areas of Stockholm.

The main results of the study supported our idea as a greater proportion of ultra-processed food advertisements were found in the area Skärholmen compared to Östermalm, were on average people with a higher SES live. Even more alarming was that most (~65%) of the food advertisements in both areas were promoting ultra-processed food. This finding is of great concern from a public health perspective (see also the graph on the right). Similar findings have also been observed in Australia, the USA, New Zealand, and Mexico.

Implications of the research

I think our findings in combination with those done in other countries give input to the discussion of the self-regulatory idea of the advertising done by the food industry. Since national recommendations for a healthy diet (in most countries) restricts the consumption of ultra-processed food in favor of unprocessed foods (i.e. fruits, vegetables, vegetable oils, nuts, whole grains, and seafood). Regulatory action might be needed on a political level to better balance the current ongoing advertisement exposure in Sweden (and perhaps in other countries as well), especially in areas with low SES in Stockholm. ” 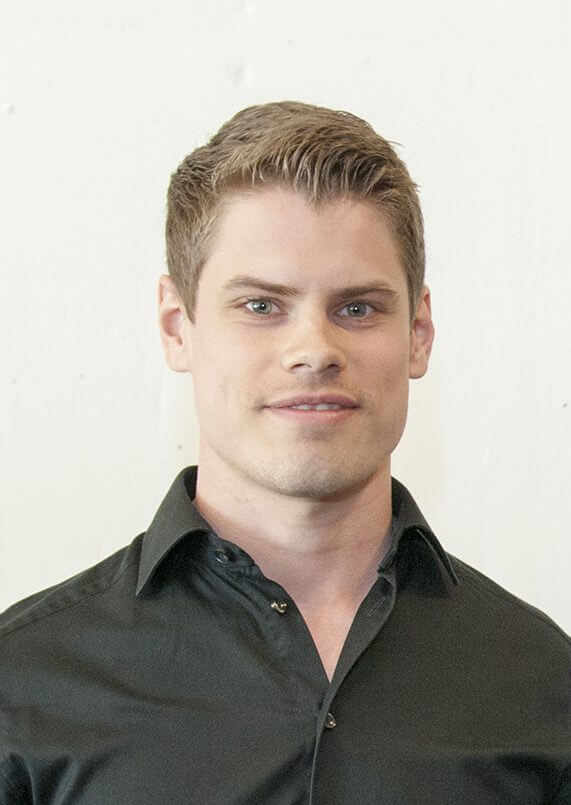