First students in The Netherlands have been acting as citizen scientists 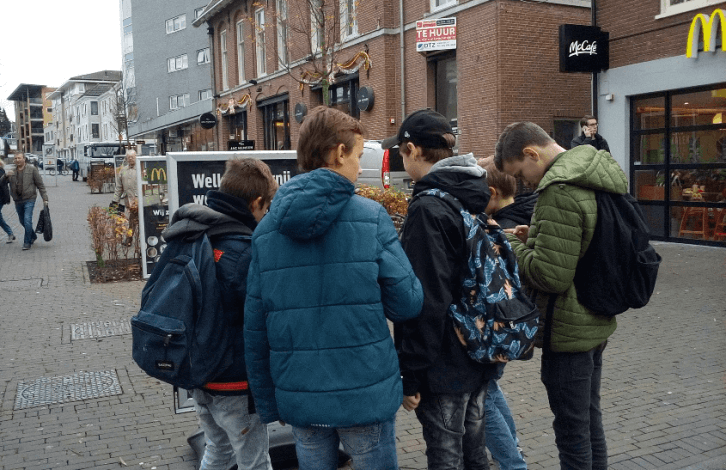 On Friday November 24th, five young citizen scientists (12-14 years old) have participated in a pilot in the Netherlands. During 45 minutes they captured food advertisements in shopping area of the city centre of Ede (~112,000 inhabitants, 318.6 km²). The purpose was to see whether children can help us in collecting data on their own food environment, but more importantly how we can intrinsically motivate them to be engaged in these type of projects.

The children walked around in two teams in the shopping area, with the mission to locate as many food advertisements as possible within the given time. To this aim they used a demonstration version of the BigO app, containing only the functionality to locate were pictures are taken. After the pilot study, the children filled out questionnaires about the application and the project.

The children, all students from the local Technasium school “Het Streek”, were very enthusiastic on being citizen scientists and were surprised about the number of food advertisements in their surroundings. In total they located about 60 food advertisements in an area of 0.3 km2. The students came up with good suggestions for the researchers on how to proceed with the project. 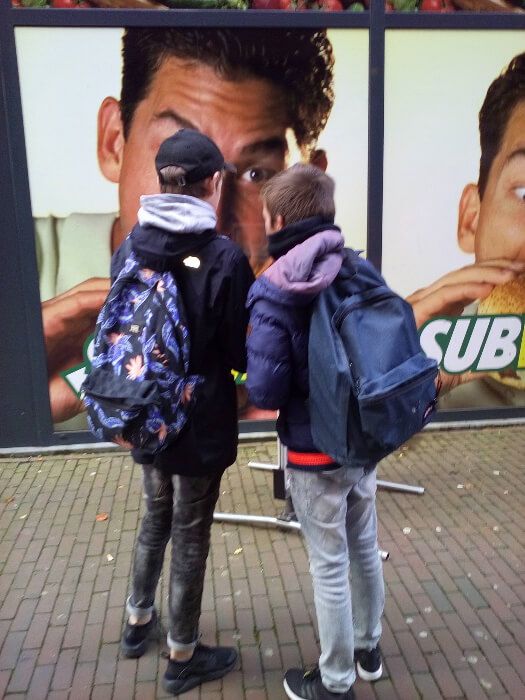