Prof. Maria Hassapidou and Irini Lekka presented the results of the project in Thessaloniki 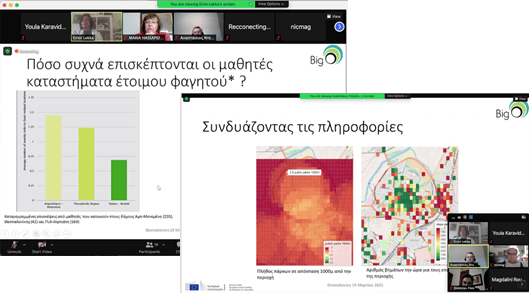 In Thessaloniki, two different municipalities have joined the BigO project in the last years. These municipalaties differ not only in socioeconomic levels, but also in urban and food environment. In total, approximately 1000 students of Ampelokipi-Menemeni and Pylea-Hortiatis joined the BigO project as citizen scienctists. They used the MyBigO app and collected data for the project.

Last week, a workshop was held for the local authority officials of both municipalities. During these workshops, Irini Lekka (technical coordinator of the BigO project) and Prof. Maria Hassapidou (principal investigator of the Thessaloniki pilot) presented the results on obesity prevalence, visits to food-related places, diet habits and physical activity.

Participants of both workshops, included the directors of urban development, health, education and sports. They were impressed with the type of information that we are able to measure with the My BigO app. Moreover, they appreciated the availability of these results via the Public Health Portal. There were specific proposals for potential use of BigO for the development of urban interventions. All with the aim of improving children’s athletic activities in the highly dense area of Ampelokipi-Menemeni. This also resulted in a nice discussion about follow-up actions. 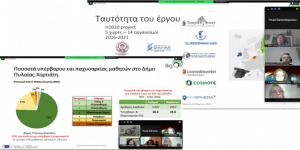