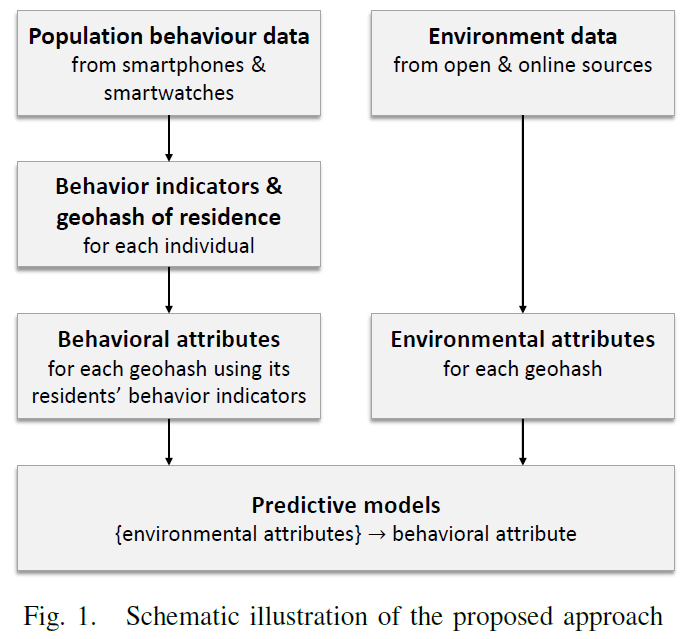 Two new preprints from BigO are now online! The first preprint is titled ‘Collecting big behavioral data for measuring behavior against obesity’. This paper presents a system which can objectively and automatically extract and collect behavioral information on the individual-level. The behavioral information extracted is all related to physical activity, for example, types of visted places and transportation mode. The preprint can be found here.

The second preprint is titled ‘Inferring the Spatial Distribution of Physical Activity in Children Population from Characteristics of the Environment’. It discusses a novel analysis approach for modeling the expected population behavior as a function of the local environment (figure). Evaluation of this approach was done by predicting the expected physical activity in small geopgraphic regions, using urban environment characteristics. In addition, the model predicitons were used to automatically visualize heatmaps of the expected population behavior. Overall, the results showed that the predictive models and the automatic heatmaps are promising tools in gaining direct perception for the spatial distribution of the population’s behavior. To read the full results, click here.